Recent statistical data and reports show that there has been a significant increase in the number of female traffic controllers in Australia in recent years. The primary reason behind this is the unique capabilities that females possess personality traits, which lead to decreased road rage and increased safety.

Their attitude towards motorists and pedestrians is much more calm and relaxed. They have good skills in diffusing a difficult situation. Due to their feminine nature and soft attitude, they can help to calm people down and create a safer environment in case there is an  accident. These skills make female traffic controllers a huge asset when it comes to increasing safety. 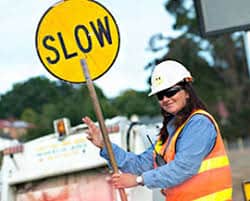 The maternal instinct of female officers is also a plus point. During road rages or any other harsh situations, they use their instincts to protect their co-workers – thus fostering a safe and secure workplace.

At the same time, female traffic control officers also face problems because there are drivers and motorists who will mistreat these officers despite their incredible skills. In this regard, most female individual traffic control officers tend to stay calm and peaceful while confronting such motorists with aggressive behavior. This is another way to calm the harsh attitude of the driver and reports show that female officers are very good at doing so.

Furthermore, there are some motorists who are so aggressive that they don’t care about the safety of male or female officers. Such people have injured female officers many times. Many have been killed during road rage incidents. Female traffic control officers have sacrificed a lot in the line of duty – to do their job and maintain safety on roads.

All Safe Traffic will always support female officers and provide them with safe and secure equipment as well as sophisticated solutions that will help them solve many problems on roads. 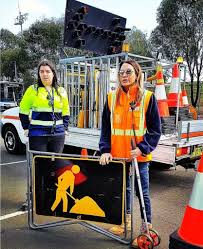 We acknowledge the Traditional Owners of country throughout Australia and recognise their continuing connection to land, waters and community. We pay our respect to them and their cultures and to Elders past and present.